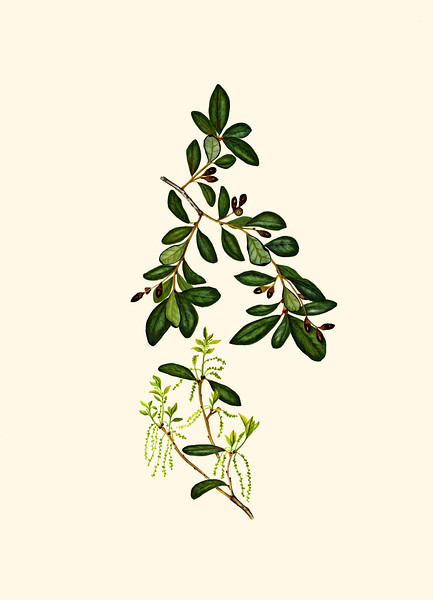 Cynthia McCormick, a pediatric neurologist retired after working for many years in the field, in the Public Health Service, and later continuing as a consultant on drug development challenges for neurological conditions, has entered into a new career in botanical art and illustration.

While working full time and raising a child with her husband of 40 years, gardening was a hobby for which there was never enough time. It became a tradition, however, with the successful completion of each project or drug approval, to celebrate with the introduction of a new specimen to the garden, a garden which became an inspiration to begin to paint. The local birds also did their part, planting Cercis canadensis, Cornus florida, Sassafras albidum, and countless others in just the right locations where they would eventually thrive and prosper.

In 2015 she earned certification in Botanical Art at the Brookside Gardens School of Botanical Art & Illustration and continues to study both art and horticulture.

Cynthia McCormick is a former board member and Membership Chair of the Botanical Art Society of the National Capital Region.

©2017 BASNCR - All rights reserved. Copying, saving, reposting, republishing of artwork is prohibited without express permission of artist.
Powered by SmugMug Owner Log In